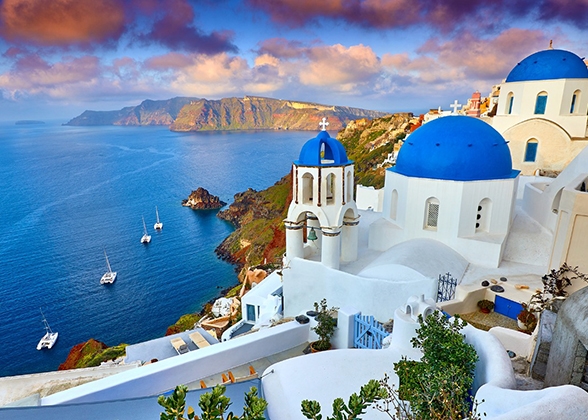 GREECE TO RE-OPEN FOR YACHT CHARTERS & SAILING HOLIDAYS IN MAY?

11 March 2021
CharterEye,
East Mediterranean
FIND OUT MORE
Following a report on BBC News , Greek tourism chiefs have reportedly said that tourists who have had the Coronavirus vaccine may be welcomed back as early as May. Greece is reportedly confident that people who have received two doses of either the Pfizer or AstraZeneca vaccines will have enough immunity to visit.

Tourism makes up a fifth of the country's economy which has been battered by the deadly pandemic. It's still unclear what kind of proof visitors will need to show when they arrive in Greece. However, tourists will still need a negative Covid test taken less than 72 hours before they arrive in the country.

British Government Minister James Cleverly confirmed the reports today, telling Good Morning Britain: "Every country sets its own rules about who it does or doesn’t allow into its country.

"Other countries around the world may decide that they accept people who have had proof of vaccinations and as British officials always do, we work with our international partners so that we can understand what their travel rules are…so that we can properly inform British travellers."
He added: “We wouldn’t be able to dictate to other countries, we wouldn’t be able to say to a British citizen, here is your record of vaccination, you can now go anywhere you like… that would have to be a decision made by the hosting countries."
And he refused to rule out whether travellers to the UK might need them in future too.

He said: “We will see what the situation is in the future. As I say, we will be guided by the science. I am not comfortable, I don’t think it would be particularly useful for me speculating about how exactly things may well be once vaccinations around the world have been rolled out.

According to The Times, Athens is sceptical about whether German and Russian tourists will be able to visit this summer because of their sluggish vaccine programmes.
Grigoris Tasios, of the Greece's hoteliers federation, said: “Greece has long been a favourite holiday destination for the British, and with the rate of inoculations in the UK largely outpacing all others across Europe and beyond, British travellers will be among the safest to travel here by as early as May.”

Israelis and US tourists will also reportedly be allowed to visit Greece due to the successful roll out of their vaccines.