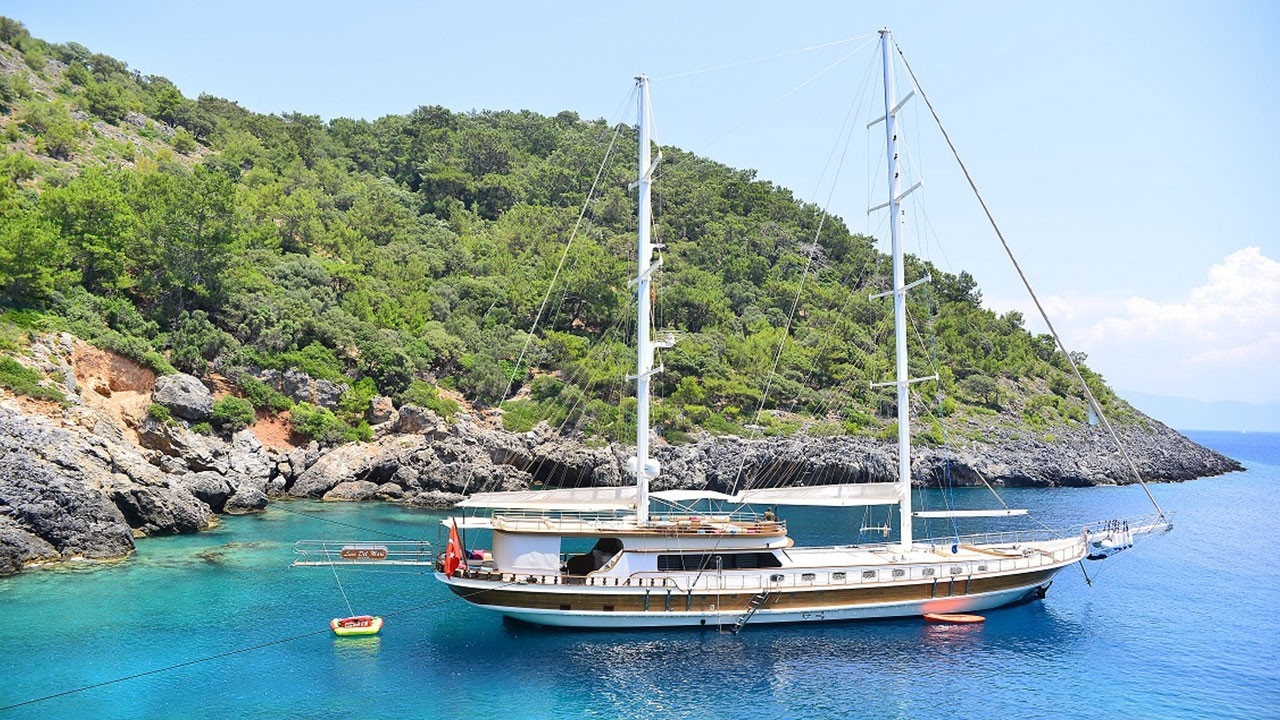 05 April 2021
GULETYACHT.CO.UK,
Gulets & Gulet Cruise
East Mediterranean
FIND OUT MORE
Based in the beautiful town of Fethiye, few kilometers from the worldwide known Ölüdeniz, Luce del Mare is a 37 m long gulet built in 2013 and completely refitted in 2018. Also, departure is possible in other ports & towns of Turkey like Göcek, Bodrum, and Marmaris. Sailing on Luce Del Mare will give the opportunity to customers to choose among many itineraries including the best spots in the Turkish coastline and the Greek Islands.

The Turkish Riviera, also known popularly as the Turquoise Coast, is an area of southwest Turkey encompassing the provinces of Antalya and Muğla, and to a lesser extent Aydın, southern İzmir and western Mersin. The combination of a favorable climate, warm sea, mountainous scenery, fine beaches along more than a thousand kilometers of shoreline, plus abundant natural and archaeological points of interest makes this stretch of Turkey's coastline a popular national and international destination.

Among the archaeological points of interest are two of the Seven Wonders of the Ancient World: The ruins of the Mausoleum of Maussollos in Halicarnassus; and the Temple of Artemis in Ephesus.

The Turkish Riviera is home to several stylish marinas, while many gulet schooners visit the ancient cities, harbors, tombs, mausolea, and beaches in the small coves, forests, and streams that are on the Turquoise Coast.

The coastline is further regarded as a cultural trove that provides background on a fascinating mixture of factual and mythological individuals, conflicts and events, and has frequently been referred to in the folklore of various cultures throughout history. As such, it is regarded as the home of scholars, saints, warriors, kings, and heroes, as well as the site of numerous well-known myths. Mark Antony of the Roman Empire is said to have picked the Turkish Riviera as the most beautiful wedding gift for his beloved Cleopatra of Egypt. St. Nicholas, who later became the basis of the Santa Claus legend, was born in Patara, a small town close to present-day Demre. Herodotus, regarded as the "father of History", was born in Bodrum (ancient Halicarnassus) in c. 484 BC. The volcanic mountains to the west of Antalya, near Dalyan, are believed to have been the inspiration for the mythical Chimera — the fire-breathing monster that Bellerophon slew.