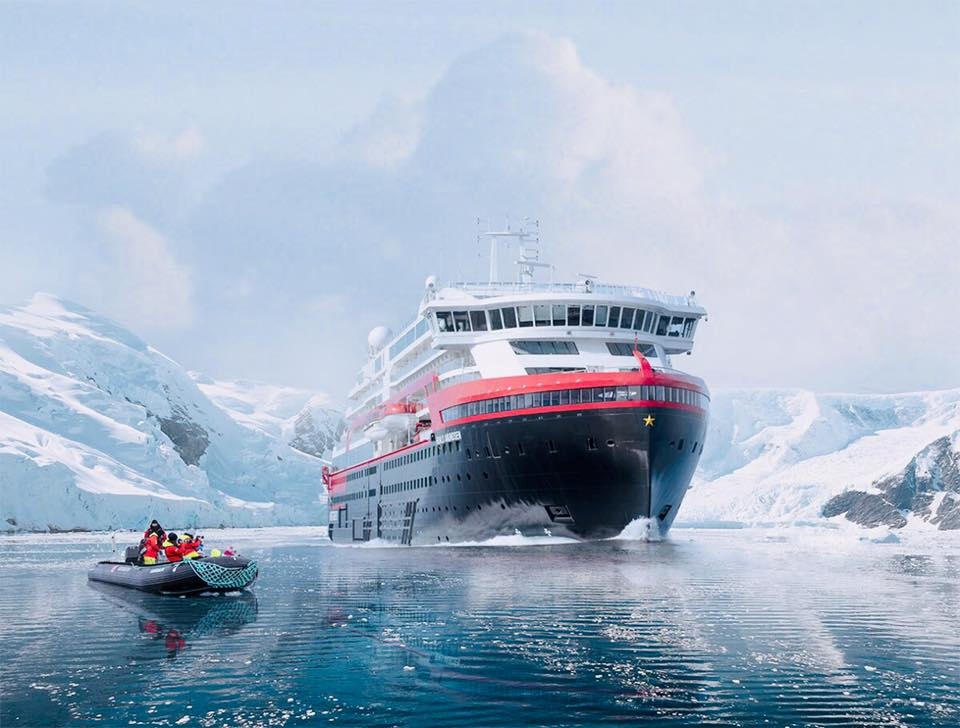 Cruising the Northwest Passage with Hurtigruten

27 March 2021
HURTIGRUTEN,
Cruise Ship
Other
With over 125 years of sailing experience in polar waters, Hurtigruten's pioneering heritage stretches back to an era of adventuring when ocean charts were still being drawn. Back then, the presence of a northern passage between the Atlantic and Pacific oceans was unproven. It wasn’t until Roald Amundsen navigated the icy maze that this remote wilderness route became a reality.

Today, Hurtigruten offer expedition cruises through the fabled Northwest Passage, giving you the chance to explore an untouched region, home to an abundance of wildlife. With our state-of-the-art cruise ship and experienced onboard Expedition Team, we’ll be attempting our sailings here in the same bold spirit as bygone explorers. Along the way, we’ll visit remote communities, scout out Arctic wildlife and gaze in awe at majestic landscapes as we attempt this legendary route.

BEST TIME TO VISIT
The Northwest Passage is only accessible by ship between July and September. This is the only time of the year the ice has reduced enough to allow a crossing attempt. July and August are also the peak months to spot wildlife. For example, polar bears are particulary active, hunting whales and seals along the floating sea ice. The summer days are long, which help to maximize our chances of wildlife sightings.

WHAT TO SEE
Some possible highlights of our exploration:

The Nunavut community in Cambridge Bay has 1,477 inhabitants. This charming hamlet is located close to the Ekalluk River, which is famous for giant char. The surrounding terrain is dotted with innumerable lakes and ponds.

Gjøa Haven lies at the heart of the Northwest Passage. The locals of this port are known for their historic acts of kindness to intrepid explorers. The hamlet is situated on flat coastal terrain, and in summer the tundra is dappled with colorful wildflowers.

This 180-km long channel is named after British polar explorer Sir James Clark Ross (1800-1862). We usually sail through James Ross Strait to avoid the ice of Victoria Strait, but you will still see plenty of ice in the sea.

This uninhabited and former trading post was founded in 1937. It was operational for only eleven years before the severe ice conditions rendered it uneconomical and difficult to reach. The two store buildings are still used as a shelter by Inuit hunters.

Beechey Island is perhaps best known for being the burial site for three members of the Franklin expedition. There are memorials to Franklin and other polar explorers on the island, including French explorer Joseph René Bellot. In 1903, paying his respects to Franklin, Norwegian explorer Roald Amundsen stopped at the island at the beginning of his successful expedition in search of the Northwest Passage.

Dundas Harbour is an abandoned settlement that contains the ruins of a few buildings as well as the northernmost cemetery in the world. It is a tranquil place, with a stone beach and meadows reaching all the way to the mountains in the back.

Situated on the northern tip of Baffin Island near scenic fjords, glaciers and icebergs, this traditional Inuit community of 1,300 inhabitants is also a great place to see large pods of narwhal.

Baffin Island is the fifth largest island in the world, but the population is no more than 13 000. Inuit ancestors have lived on the island for more than 3000 years. Baffin Island also connects to Viking history and expeditions from the settlements in southern Greenland established by Erik the Red are believed to have landed here. On one of the voyages we will also attempt to circumnavigate the wild and vast Baffin Island.
Go to Author's Article